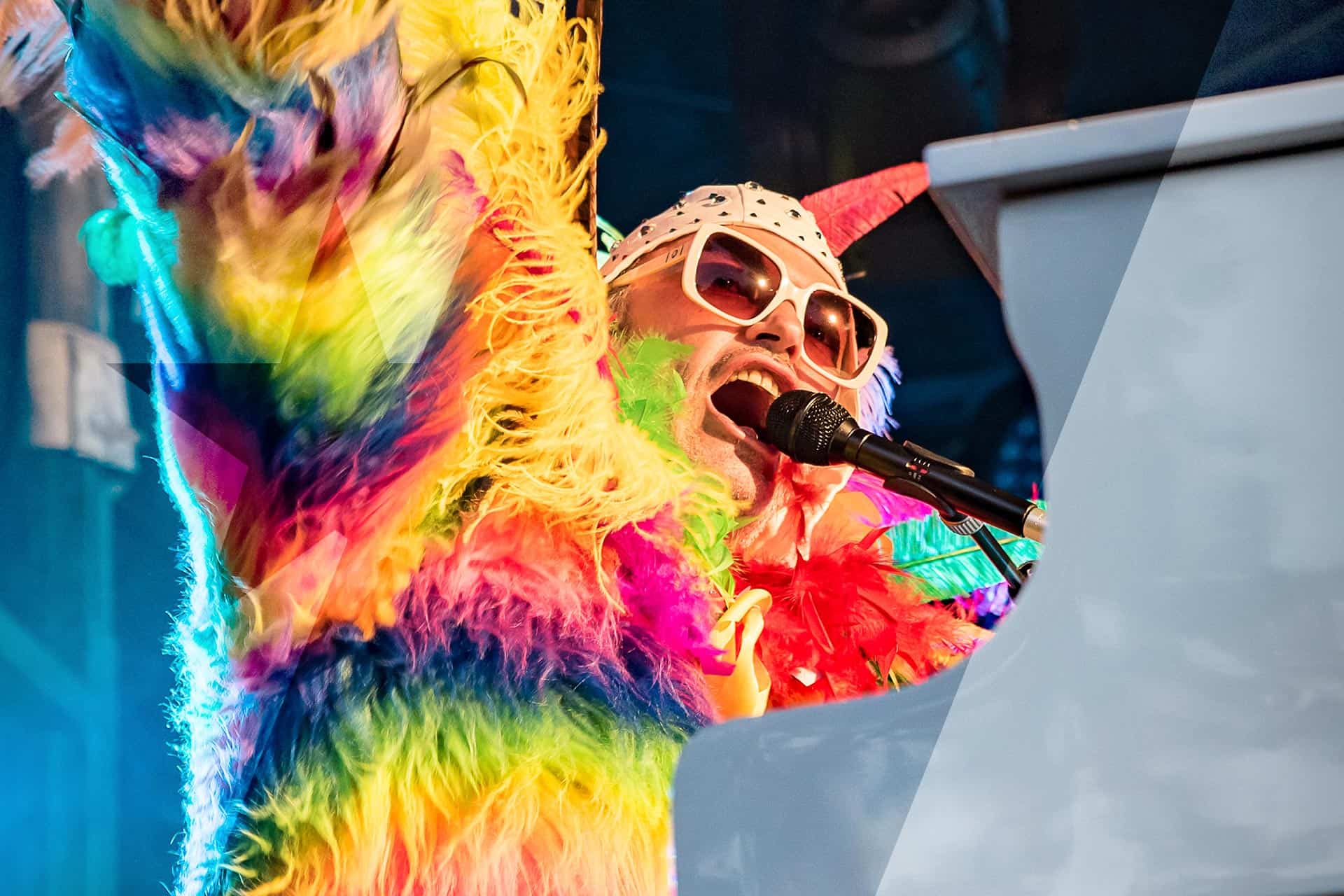 In addition to the team on stage, let’s not forget the amazing contribution of our sound engineer Maxime Poirot as well as the beautiful lightshow designed by Thibs. Everyone inside Eltonology immersed himself into Elton John’s musical world, with his own sensitivity and inspiration. Beyond that, we’re used to conceal hard work and smile. We get along very well, support and trust each other. These are the most important things that I’m expecting from a dream team! Then, surrounded with so much strength and goodwill, all I need to do is put my fingers on the keys, sing, stand up from my chair, throw it away and jump everywhere on the stage!

How did you prepare for this show?

5) I already knew most of the songs we play in the show. So, dive into this repertoire wasn’t the most difficult. But I had to reconsider my interpretation somehow. You know, it’s been more than thirty years since I’ve playing some of those hits. So, you can imagine that bad habits have developed over time, such as wrong chords or approximative vocal placements. Therefore, I had to get back to it and work again. Sir Elton’s repertoire is very demanding in terms of precision and thoroughness. But to be honest, the biggest challenge for me concerned the energy management on stage, as to alternate for two hours between very slow romantic ballads and crazy rock’n roll songs. In order to achieve that, the most difficult has been for me to prepare physically. I quit smoking and had to return to the sport. In the same time I began a daily training on voice and breath. To sing Elton John requires a real vocal power as well as constant energy, though very different from song to song. Without proper training, this simply can’t be done.

Are you still Thomas Février on stage? Is it more relaxing to embody someone else, supported by a whole band or on the contrary a full of pressure experience?

– I guess that I am Thomas smiling to Elton and sending him a huge “Thank you Sir”! I am no Elton John. I am just having a lot of fun, surrounded by a fantastic team and most of all enjoying making an audience discover or rediscover this fabulous repertoire. To me, the stage energy of my own shows is quite close from Elton’s. Aspects such as crazy outfits or “Eltonian digressions” are only a filled with gratitude and love nod to an artist that I’ve been admiring for a long, long time. To embody someone and be myself at the same time is quite an adventure. But that adventure is only possible with a team like this. It is the story of an old child’s dream that became adult’s reality. 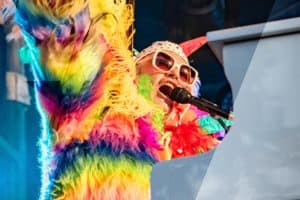 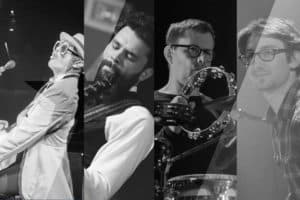 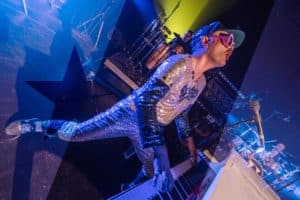