The “Eltonology” project was born out of a dream and has already lived many filled and happy lives! The first adventure truly begins in 2016. Stunned by Elton John’s musical career and overwhelmed by the breathtaking live performances of the English multigenerational artist, the drummer and percussionist Nicolas Kieffer and his at that time sidekick start to imagine the most simple and authentic way to catch onstage the very essence of Sir Elton John’s most popular songs.

By that time, Nicolas and Frederic both decide to draw their inspiration from the legendary 1979 “Live in Moscow” featuring Elton John and his all-time musical partner, the percussionist Ray Cooper. By the end of 2016, pushed and encouraged by that first collaboration and through the warm audience reception, the young duet decides to become a more dynamic trio, with the introduction of Perrine Diehl on the bass guitar. Nicolas leaves the “percs” and takes over on drums.

In 2018, Eltonology launches a new challenge: A brand new show based on the “Million-dollar piano Concert” and touring all over Europe. Gabriel Palmieri joins the team on the guitar, followed by two backup singers and one percussionist.

However, by the end of 2020, the initial duo split up. As a result, Nicolas Kieffer stays on board and takes over the project, supported by Perrine Diehl and Gabriel Palmieri. The guitarist and singer Maxime Lacote soon joins the crew as well as Sébastien Buffet (percussions / backing vocals) and Germain Destremont (keyboards/acoustic guitar/backing vocals). Finally, after an audition, many laughs and a few drinks, Thomas Février establishes himself as the new frontman of the band.

In 2021, sticking to Sir Elton’s unique exuberance and rock energy from the 70ties and 80ties, and with the assistance of the costume designer Geraldine Mamaar Dine, a brand new Eltonology Show is born, crazier and balder than ever before. 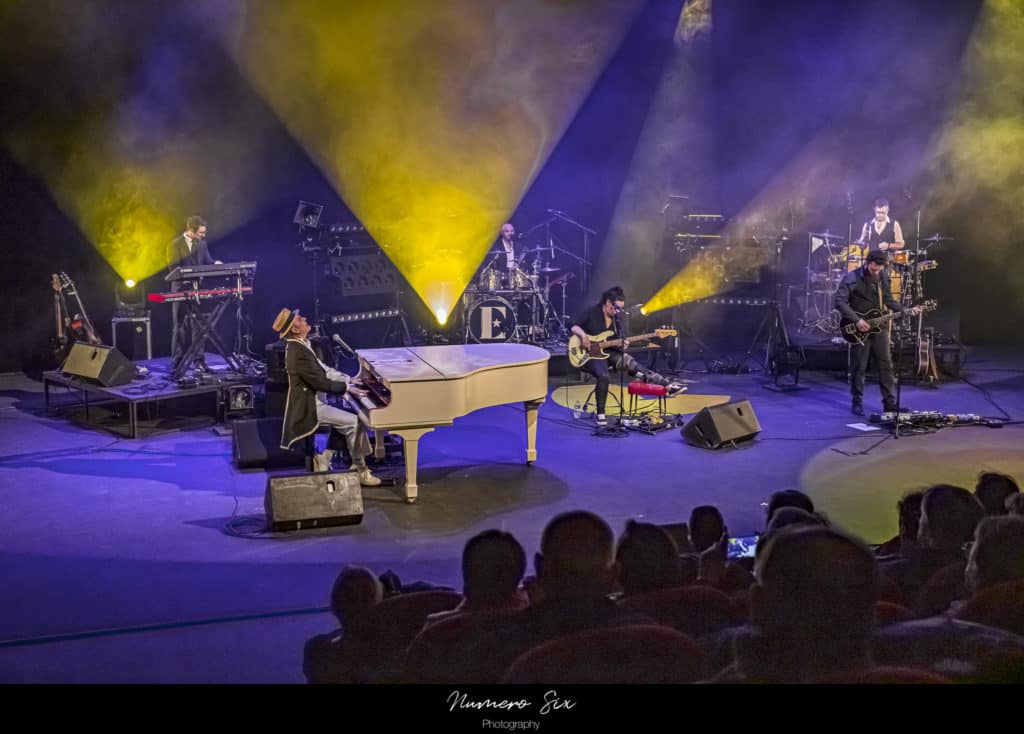 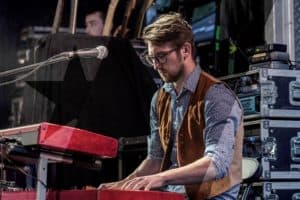